Master Creators of Middle Eastern Music from the 20th Century

Music feeds our soul and ignites our inspiration to dance. without it, belly dance would not exist. So who are the masterminds behind the classics that we listen to over and over again? The challenging music we spend hours studying and interpreting before our next performance?

I chose three composers who have changed the face of Arabic music with significant contributions towards it's evolution around the world.

Founding Father -- Considered one of the most important composers of 20th century Arab music, Mohammed Abdel Wahab is well known throughout the Middle East. Influenced by European symphonies, American popular songs and Spanish and Latin dance music, his unusual mixture of styles has drawn many fans and affected almost every Arab composer who followed him. Mr. Wahab virtually transformed the face of Arab music. Under his direction 40-50 piece orchestras became a norm, experimentation with western instruments lead to the use of the clarinet, saxophone, accordion, cello, string bass, slide guitar and electronic instruments and long instrumental introductions and interludes became a part of traditional song forms as a result of his compositions.

In his lifetime Mr. Wahab wrote more than 250 songs and some 50 instrumental pieces. Examples of two of his well known instrumentals are "Aziza" and "Bint al-Balad". Many of the songs written for Umm Kulthoum and Abdel Halim Hafez were composed by him.

Selections of his work: 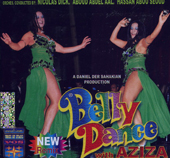 Prolific Protege -- Baligh Hamdi was destined to become one of the youngest Egyptian composers to soar to stardom. After studying music for several years, one of his teachers wanted him to become a singer but Mr. Hamdi was interested in composing more than anything else. In an effort to get the great singers of the day to take notice, he began setting poems to music. Soon after Mr. Hamdi's composition style began to unfold when he took a serious interest in Egyptian folk music. In 1959, when he was only 27 years old, Umm Kulthoum recognized his talent and used one of his first songs, "Elhob Eih", launching his career as a composer.

A humble man, Mr. Hamdi always looked for inspiration for his works in local tradition and from his national heritage, as did his wife and muse of 10 years...the Algerian chanteuse, Warda Al-Jazairia. Some of his famous compositions include "Sawah", "Gana El Hawa", "Zay El Hawa" and "Mawud" for Abdel Halim Hafez, "Alf Leila", "Ya Wahishri", "Sirt El Hob" and "El Hud Kullu" for Umm Kulthoum and "Eluyun Essud", "Khalik Hena" and Esmauni" for Warda.

Arrangements of his work: 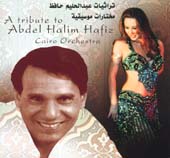 Passion and Principle -- Farid El Atrache was born in Syria in the early 1900's but later moved to Egypt as a child where he eventually became a naturalized citizen. Highly regarded as a composer, singer and musician by the Arab world, his musical career spanned four decades.

Conservatory trained and apprenticed to renowned composer, Riyad as-Sunbaty, Mr. El Atrache had the skill to blend western musical influence while always staying true to the principles of Arab music. A tempestuous relationship with Samia Gamal, famed beauty and oriental dancer, may have tempted him, but he chose music over marriage...fearing it would kill his art form.

Some of his most famous songs include "Gamil Gamal", "Ya Gamil Ya Gamil", "Ya Habaybi Ya Ghaybeen", "Eish Anta" and "Wayak".

Examples of his work: 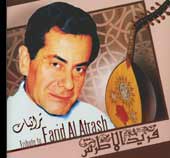 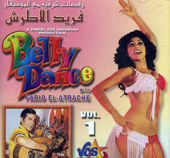 This recording includes pieces by all three composers: 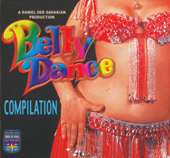 All of these CDs can be found on dahlal.com for purchase.